When first opening TVPaint Animation, you will always have a empty project, with an empty Animation layer, containing an empty image.

Let's start with a first exercise by drawing a fixed character on this layer's instance. 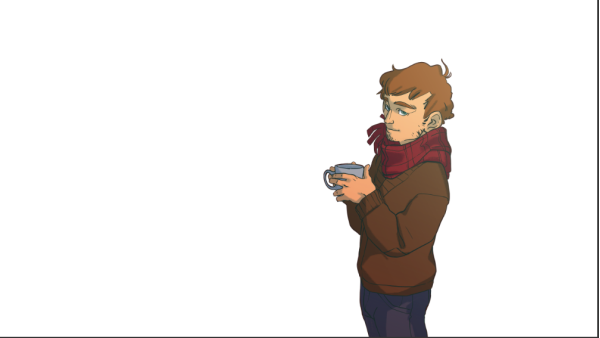 We could brighten up our drawing with a background, with elements in front and behind the character. We could use the Behind mode we saw in lesson 2, and also draw over the character. However there would be no way to change the character's position for example.

There is a much simpler and more logical solution.
As we will see hereafter: the advantage of TVPaint Animation resides in the fact that it is possible to overlay several rolls (for example: one with a background scenery, another with a character and another with a foreground scenery.)