As we have seen in a previous chapter, creating a custom brush is typically done by finding the shape of your brush tip and cutting it using the Brush Cutting tool.

The essential starting point to reproducing a Photoshop brush into TVPaint is to have a brush tip with a shape which is as resembling as possible to the original and, if possible, the exact same.

In the past, TVPaint users used to import a screenshot of the brush preview in the biggest size possible, taken in Photoshop. They then filled the brush preview shape with color and reduced its size to use it as a brush tip.

But a quicker method exists: free programs such as ABRMate and ABRViewer allow you to open the .abr Photoshop brush file and export the shape of the brush tip as a .png image.

This image can be imported in TVPaint and then used as a brush tip. 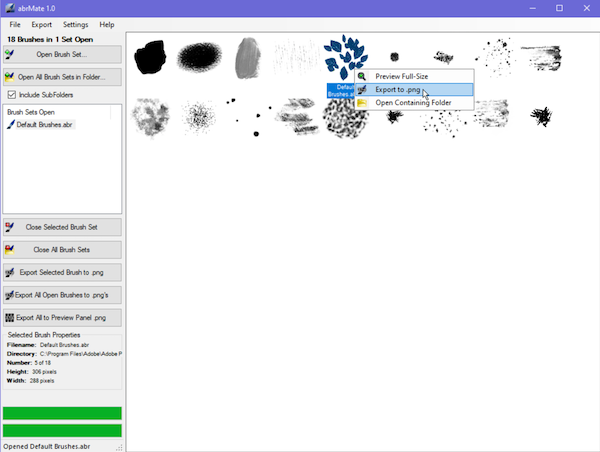 Figure 1- A pack of default Photoshop brushes opened in ABRMate

The final step is also the longest: adding the same parameters as the Photoshop brush to the one you created in TVPaint.

Aside from the basic settings of your brush, other important parameters can be reproduced using brush connections, which define how some aspects your brush will react to external factors (for example, linking opacity to pen pressure).