Normally, a video image is composed of two fields which alternate at a speed which is too fast for the human eye, these fields are referred to as upper fields and lower fields. A field is a vertical half-resolution image which contains every other line of the image. Interlacing of these fields is linked with the PAL, SECAM and NTSC standards. In PAL/SECAM, the upper fields appear first, whereas in NTSC it is the lower field which appears first. 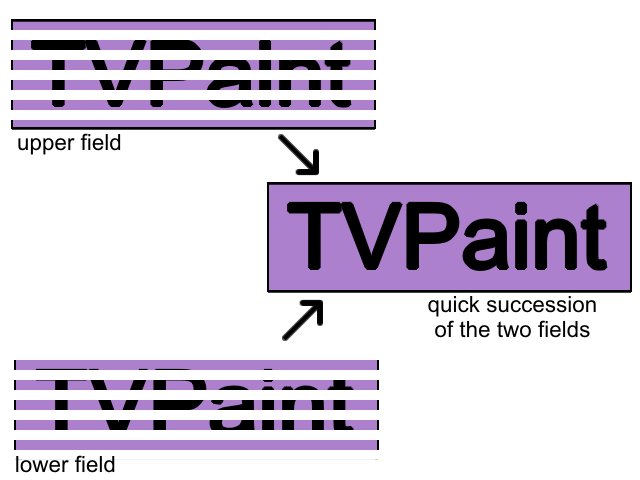 This framing technique, even if twice as many images are required for the same video (50 instead of 25 images per second in PAL mode), has been adopted in order to improve the quality of image movement and precision. Taking advantage of the persistence of vision effect, it also allows the user to work with lower resolutions.

The use of video formats with fields is possible in TVPaint Animation. When creating a project, it is therefore necessary to indicate which of the two fields will be displayed first using the Fields popup menu. The option None (progressive scan) in this menu is used to create a project without fields (Highly advised !)