We have just seen that it is possible to work on pixels using curves.
TVPaint Animation also offers the possibility to work on the colors on a more «statistic level» thanks to the Histogram effect.

The first function of the histogram is to provide information about the distribution of colors on the screen.
Let's take for example the images below and select the Master tab in the first row of tabs and Luminosity in the second. We will obtain the following graphs : 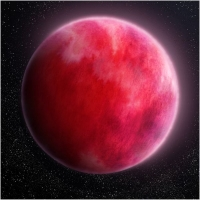 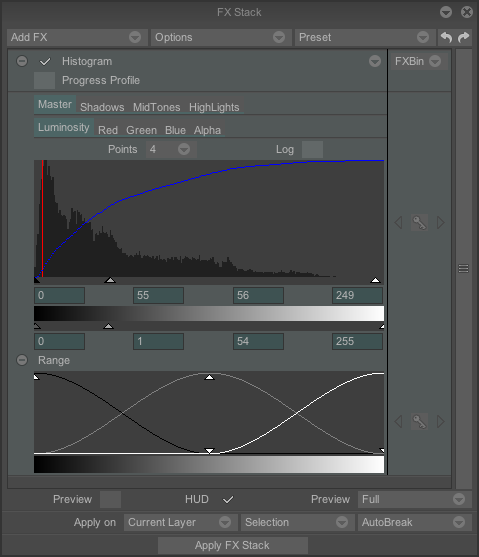 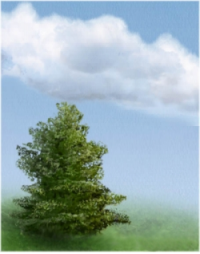 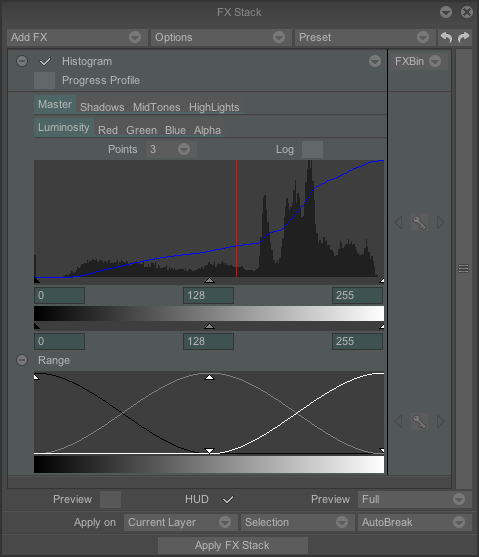 The Log box enables use of a logarithmic scale instead of a proportional scale. For the moment, pay attention that this box is not checked …
* The more dark pixels the image on the screen contains, the more dense the graph is to the left (this is the case for our red planet).
* The more light pixels the image on the screen contains, the more the graph is concentrated on the right (this is the case for the image of the tree).
For a luminosity value given in the abscissa, the graph proportionally represents the quantity of pixels of the image having this luminosity value on the ordinates axis.
The blue curve represents the percentage of pixels having at least attained the luminosity value in the abscissa, the vertical red line represents the pixels the luminosity of which is the most represented on the screen.

The tabs Red, Green, Blue and Alpha work according to the same principle and image analysis is reduced to the channels of the corresponding colors.

The second function of the histogram, as you may have guessed already, is to modify the color properties of the image or video of the current layer (here again, the FX Stack keyframes lock the parameters for a given position in the timeline).
To do this, we have to use the slider system of the histogram. You may use two, three or four of them. The latter enable re-calibration of the histogram by stretching or contracting it.
Let's again take a look at the pixel luminosity component. Below, you see the example of luminosity modification using the three sliders: 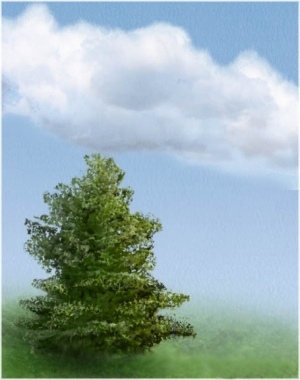 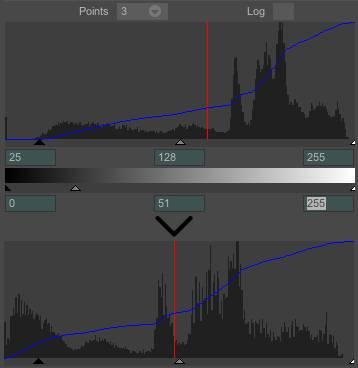 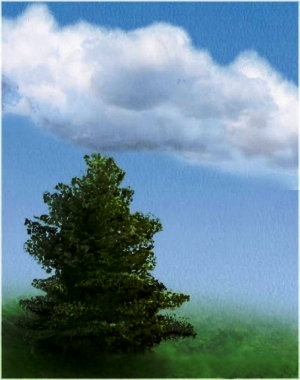 The tabs Red, Green, Blue and Alpha make the other graphs relative to the current image appear. Each of them may be modified independently of the others.

The principle of contracting and stretching is the same, regardless of how many sliders are used. Only the number of contracted or stretched intervals changes..

Look at the following graphs for a better understanding:

The circled sliders in the graph opposite are used to move, contract or stretch the three curves and, consequently, modify the effect of the tabs.