This effect is constructed in the same way as the Perspective tool from the main panel, except that the position of each point can be moved along a stored path. 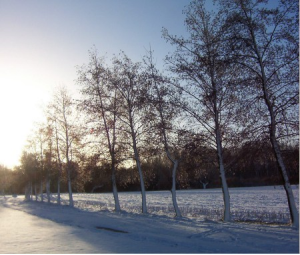 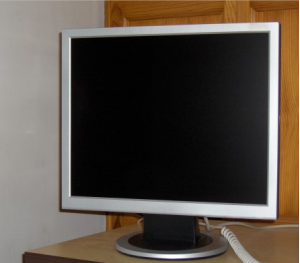 * The Position tab allows you to manage the coordinates of the four points used for this effect (the four corners of the H.U.D)
* The Render tab permit to select the type of image, called Source Image, which will be put in perspective (current layer, FX Stack, other project, brush, etc.).

Associated with the Pixel Tracker (this option will be explained in details in the next lesson), this effect can wrap a video sequence or a picture onto a moving shape.
This could be the case if the cameraman was moving his recorder while filming the computer screen above.

Here below, a shadow was created for our character. The two effects Color > Source Image and Stylize > Drop Shadow were used in order to have the shadow drawn on an empty layer (go back to the last chapters of the last lesson for more details).
This shadow was put into perspective thanks to our effect. We succeed to imitate the projection of a shadow on the floor. 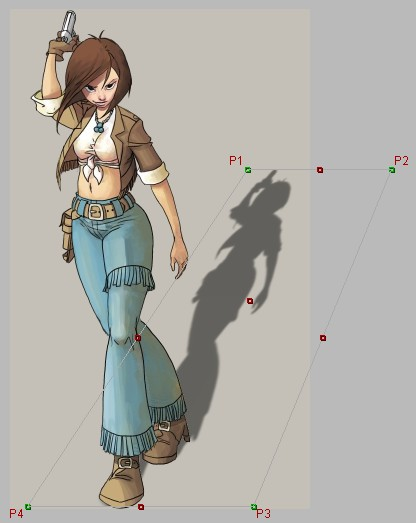