This effect is similar to the Motion > Stabilization 1 point one regarding its principle and its working. However it requires two Origin points and two Destination points.
The Stabilization 1 point permitted to adjust horizontal and vertical camera shakes.
Using the Stabilization 2 points tends to also fix the slight rotation or zoom movements there can be on Z axis (The effect considers the distance and the angle between the Origin points which improve the process and make it more efficient…). 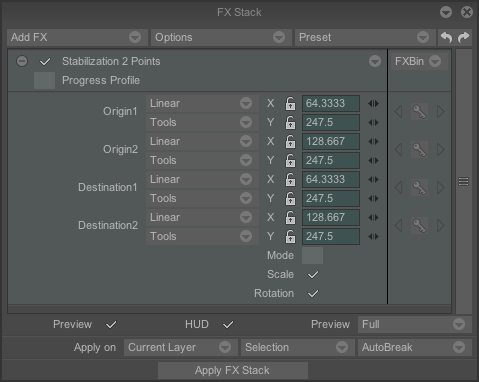 Below, the cameraman has rotated a little bit the camera while shooting the sequence.
If you define two origin and two destination points in the effect and check the Rotation box, the effect will then calculate the x° rotation angle of the image and makes the Source and Destination points coincide. (see below at the extremity of the arrows) 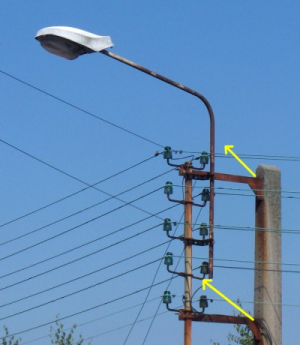 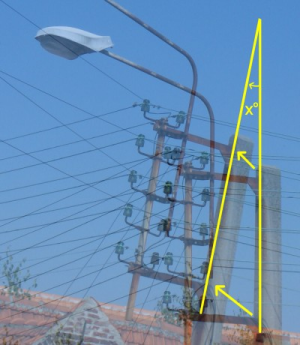 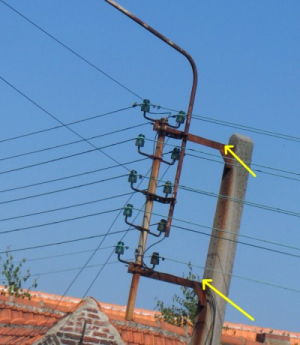 If the camera has zoomed a little bit while the sequence was recorded, you will have to use the same process and check the Scale button.
As we did for the effect Motion > Stabilization 1 point, you can check the fill button to remove the borders by tiling the image.