Let's take the following elements into consideration: fog, smoke, fireworks, snow, fountains, sunshine, a tennis ball bouncing off the ground.
These natural phenomena and other objects taken from daily life don't seem to have anything in common except maybe that a lot of time is required to make a successful and correct animation of them. 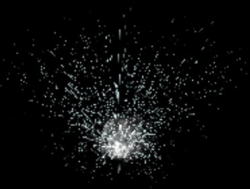 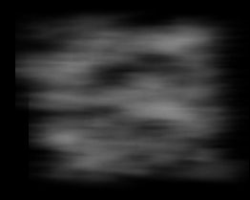 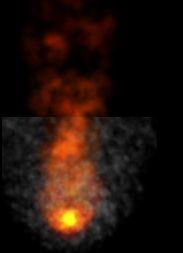 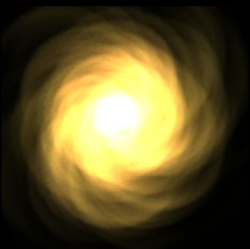 Let's study them more closely:
- Fog and fountain are made of fine water droplets: they are suspended in the air and more or less opaque in the case of the fog; they are projected into the air by a source and fall back with the force of gravity in the case of the fountain.
- Sun and fireworks are respectively composed of helium, hydrogen and various chemical products. The latter are concentrated in a ball for the sun or expelled into the atmosphere in the case of fireworks.
- Smoke is also composed of various chemical products, generating different types of smoke. As it is very light it is not subject to the force of gravity and moves with the wind. The tennis ball, however, bounces several times before coming to a standstill and the wind has little influence on it.

In each case, we deal with « particles » in the broader sense of the word: water droplets, chemical products, tennis ball, etc. These particles move and are affected by the force of gravity, the power of wind or air resistance, etc. They may bounce or come from several places at once.
The place or places where the particles come from are referred to as «emitters ».

TVP Animation does not only make it possible to draw such particles but also to manage their movement using the parameters described previously. This offers considerable time saving when creating animations and other special effects (drawing and animating the particles one after the other would require months of work…).

You have understood already that it is the effect referred to as Rendering > Particles Generator which will help us succeed in this matter.