Maybe you recorded a video sequence which contains some faults : it could be a micro boom, a floor lamp or the vapor trail of a plane.
Any modifications to the video-sequence require a lot of work : each frame has to be corrected separately. Most often, you need to remove the unwanted areas of the sequence and finally you have to replace them one by one.

The Rendering > Healing Tracker effect allows you to apply this kind of correction really quickly : It combines the use of the Healing mode (studied in lesson 7) and the B-spline notion encountered earlier chapter. 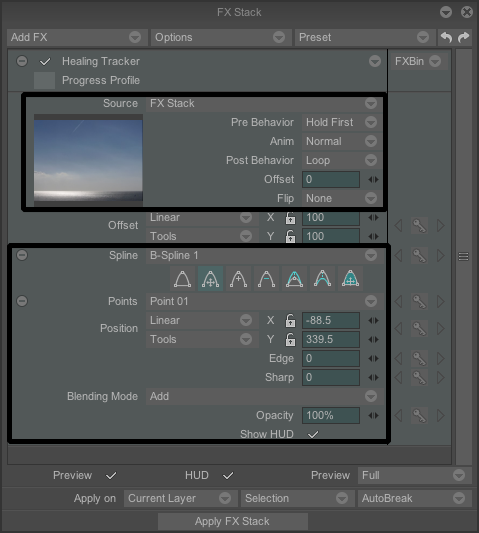 The Healing Tracker panel appears as illustrated opposite :
In the first section, several choices are available for the source image or footage needed for the healing mode. (FX-stack, current layer, display, paper, current brush, other project, ...)
In the second section, when choosing another animated source, you may adjust the Pre- and Post-Behavior, the offset and the animation mode (normal or random animation, etc.)
As required, you may choose to flip your source vertically, horizontally or both, before using this source.

In the second section, you can manage your B-splines. This has been explained in detail in the Rendering > Rototracking Effect chapter.

Here is how it works : on the image below, an unwanted floor lamp is visible. This effect will apply the healing mode inside the B-spline surrounding the floor lamp. So the floor lamp will disappear.
The healing source area can be recognized by its unique centered handle (the HUD should be enabled) 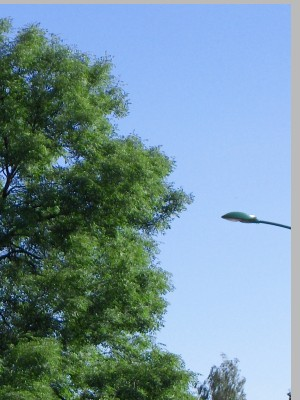 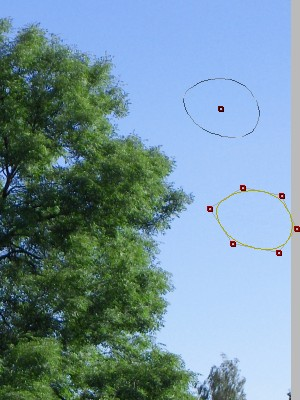 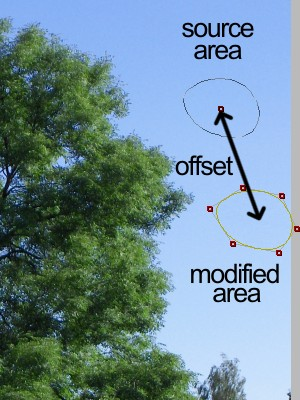 Note that the distance (offset) between the healing source area and the destination area of the effect (inside of the B-spline) can be modified in time by using the FX Stack keyframes.
Those two areas have always the same shape for a given image of the footage.
Take a look now at the video footage below : a plane is flying slowly in the sky, over the sea. 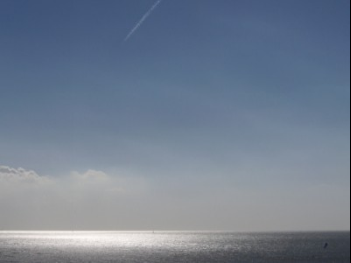 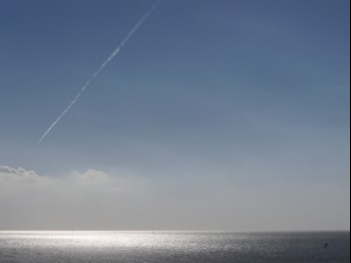 We will now examine in more detail how to suppress the vapor trail of the plane.
* First, begin by selecting FX Stack as source sequence of the Healing Tracker effect.
* On the first frame of the footage, create a B-spline surrounding the vapor trail.
* Use the FX Stack keyframe controllers on the right of the spline menu to create a set of keyframes for each point of your B-spline.
* On the last image of the footage, change the shape of your B-spline in order to make it surround the extended vapor trail.
* Use again the FX Stack keyframe controllers on your modified B-spline.
* Move carefully the healing source area by using the HUD : the vapor trail should not be visible anymore.
* If you slide along the timeline with the preview mode enabled in your FX Stack, the shape of your B-spline should progressively change.
* Then, you only have to select all the images of your layer and to apply the effect. 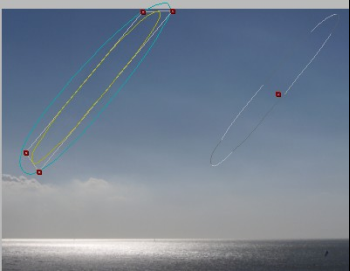 It is also possible to suppress the clouds at the bottom of the footage : in order to have a good result, the healing source area needs to be an even section of the screen, without clouds. 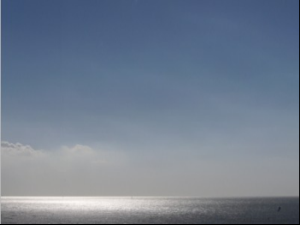 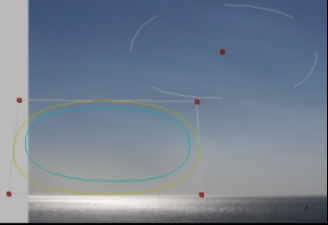 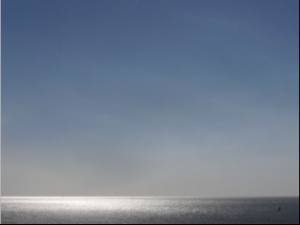 Some other spectacular renderings can be obtained if you use another project as source in the healing tracker effect. With some training, you should be able to obtain those results : 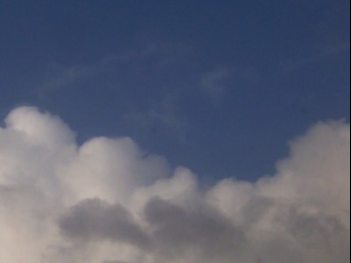 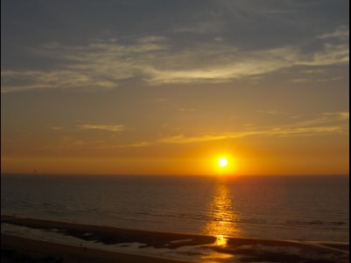 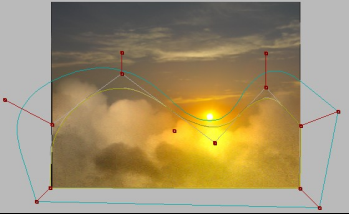 Above, the B-spline we used.Here is the final result : The sea has been replaced by the clouds

The use of the edge parameter for the points of your B-spline is sometimes useful to have better results.