Click on File > Export to… which will open the export window. The JSON export will be found in the Clip : Layers structure tab, Structure drop down menu > JSON (.json + images). 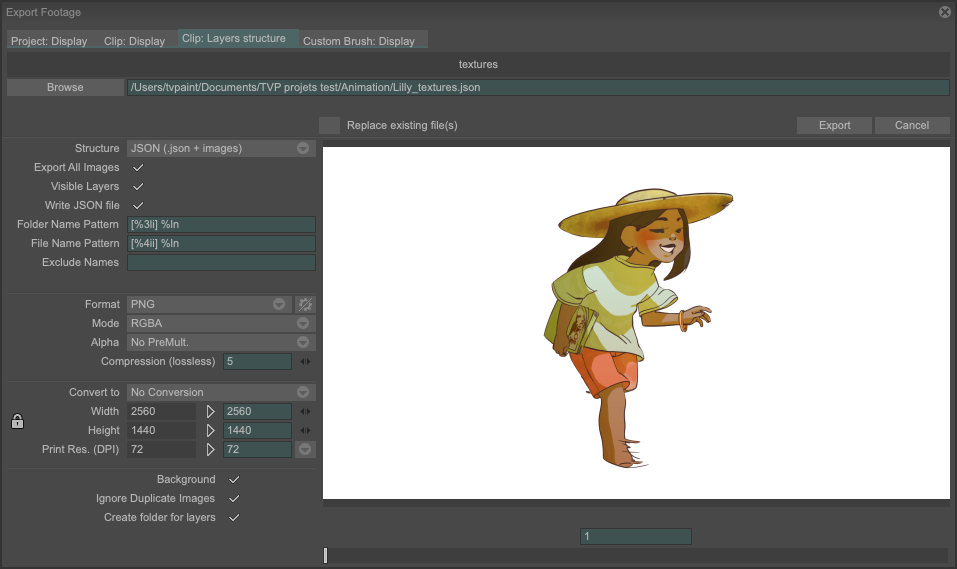 You can check the Export All Images option to export all of your instances (exposure cells and empty images will then be exported as well).

The Write JSON file option will let you choose if you want a .json file to be created as well or not.

Folder Pattern: sets the pattern of the folder name that will be exported. The folder name will be computed from the defined pattern by replacing the following special characters: 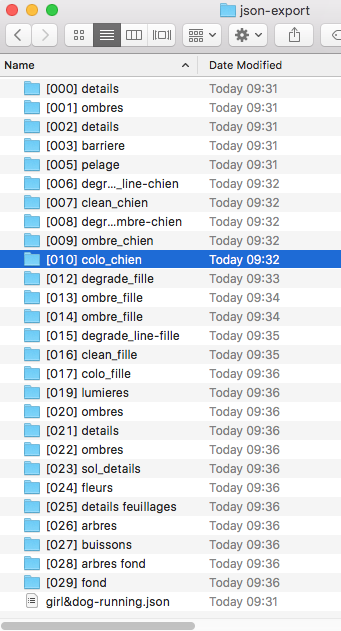 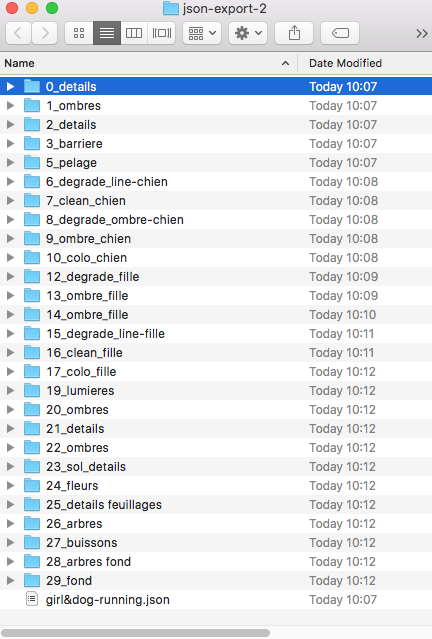 File Pattern: sets the pattern of the file name. The file name will be computed from the defined pattern by replacing the following special characters: 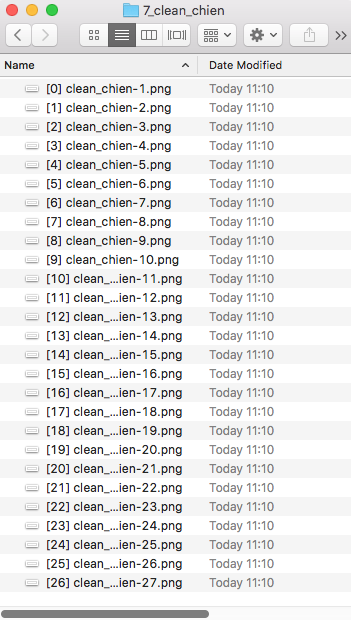 Exclude Names: sets the instances names which won’t be exported. If you want to exclude multiple names, separate them with [;].

Format: you can select the format of your images for the exported footage.
You will get different types of options depending on the format you choose.

It is also possible for you to change your images’ dimensions while exporting using the Convert to section’s parameters.

Background: if this option is checked, the background will be exported in every instance.

Ignore Duplicate Images: select this option when you don’t want duplicated images to be exported.

Finally, you can choose to create a folder for each layer by checking the Create folder for layers option.

Once you’ve launched After Effects, you need to fetch the script allowing you to import your sequence.

macOS users: if you’re using an earlier macOS version than Big Sur, the import script will only work when launched from After Effects’ default workspace. You can switch to a different workspace after the import has been made.

Go to File > Scripts > Run Script File. In the window that appears, choose AfterEffects Import TVPaint JSON.jsx script.
The script is located in the installation folder of TVPaint Animation 11.

The script generates an Import TVPaint window where you can change the settings of the import. 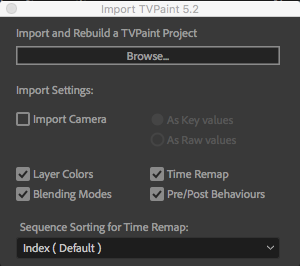 Layer Colors and Blending Modes import all the colors and blending modes of your layers.

After Effects doesn’t have the same variety of pre/post behaviours. Depending on your choices of behaviours, you might have odd results in the import.

Sequence Sorting for Time Remap: you can choose to import the names of your images in the timeline (especially useful for Japanese animation).

If you choose to import your images’ names while the Time Remap option is selected, the images’ order in After Effect’s timeline will be the same than in your TVPaint project. However, they will keep their names and will be sorted accordingly in the composition sequences.
The names are sorted first by numbers (0-9), then letters (A-Z), and finally symbols. Those names are converted in numbers in After Effects and are sorted in numerical order. 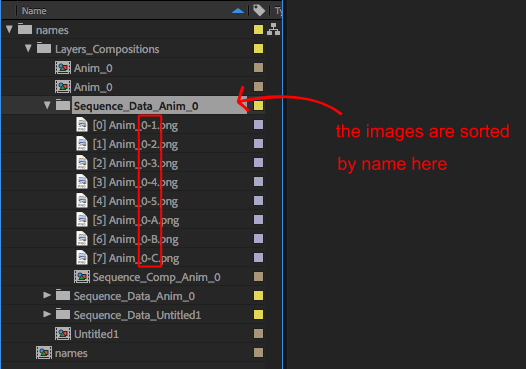 You can finally click on Browse and fetch the .json file previously generated after the export in your project folder.
Your sequence is imported and you can edit it in After Effects.