I know that some of you use additional controllers which can be programmed to emulate keyboard shortcuts and so on. A friend of mine would like to try this, but I'm lost at finding any of these in this forum. Could you recommend some or point me at a good source for this? I even don't know the exact term to search for, all I get is gaming stuff.
TVP 10.0.18, Mac Pro Quadcore 3 GHz, 16 GB RAM, OS 10.11, QT 7.7.3
Top

You mean something like the Shuttle Pro from Contour Design ?

https://www.contourdesign.com/product/shuttlepro-v2/
You can choose your friends,
but you can't choose your family.
Top

A Wiimote is the best with tvpaint hehe
Storyboard, animation and design work : http://nathanotano.tumblr.com/
As I'm highly interested in animation workflows, I'm open to scripting new TVP functions for individuals and studios. Please don't hesitate to contact me!
Top

Could it be "modular controllers" ? Like these ones https://palettegear.com/
I really don't know if it's worth the price and that good for illustration and animation (I mean workflow improvement VS cost)...
Jerome Lorin
Portfolio
(Win8/TVP 11.0.8-64 bits pro)
Top

I'm a terrible packrat of digital gear. I have a ShuttlePro but I never really liked the feeling of using it. The ergonomics of the device never quite felt right to me, and the buttons always seemed rather stiff. However it's a powerful device with good software for mapping the various functions.

I also have a USB dictation foot pedal that I've used for certain controls. I got it for free from a junk sale.
www.zoepiel.com
Top 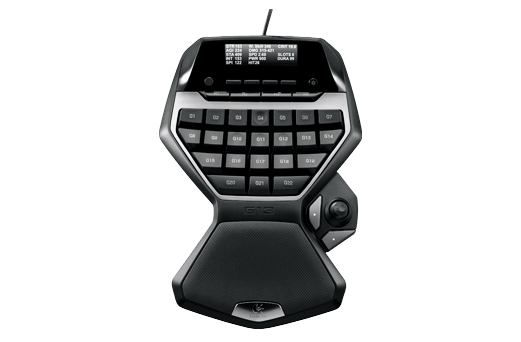 But then I started to use it with TVPaint, which worked out great, since you can assign a lot of shortcuts to it and don't need a lot of space.
In 2016 I switched to a Razor Orbweaver, which seems even nicer. 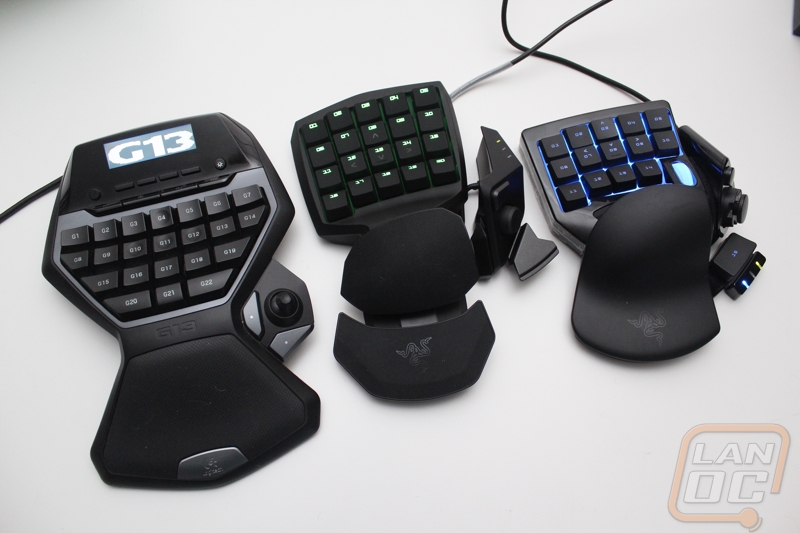 I used the Belkin Nostromo N52 Speedpad (obtained for $10 from BestBuy) for about ten years until the wheel stopped working (which I used for timeline controls), so I switched to a 'Razer Naga 2014' left-handed mouse with a lot of buttons on the side (purchased cheap, also, because the laser for cursor use is broken).

I have used Wii / PS3 controllers through ControllerMate, also, but I prefer to use TVPaint in Windows (every release always performed better for me on the windows side of my iMac and Macbook).

I think those tiny buttons on the Razer Naga mouse are too small to use comfortably.

I try to find a reason in almost every post to mention that if you're not using a detented wheel (such as a 'clicky' mouse wheel) to move between frames, you're missing out! I can't enjoy the digital animation process without it.

schwarzgrau, your pic that you posted with the Razer Orbweaver showed a Nostromo with the Razer logo on the palmrest. I had known that Belkin revised the Nostromo once after the orange and black one that I had (N52->N52TE), but I didn't realize there was a Razer one, too. I since have picked one up via shopgoodwill.com ($21 plus shipping) and it is the best device of its kind that I've yet used. Thanks!
Top

The Orbweaver is the successor of the Nostromo, you can get it pretty cheap on ebay if you don't need the RGB-version. There is also the Razer Tartarus, which is even cheaper, but don't have mechanical keys.
Personally I'm kind of a keyboard nerd, so the feel of the Orbweaver is worth the price gap for me, but I guess the Tartarus is nice too.
Mac OS X 10.11.6 / TVP 11.0.8 PRO / Cintiq 22HD
Mac OS X 10.11.6 / TVP 11.0.8 PRO / Cintiq Companion 2
SCHWARZGRAU.COM
Top
Post Reply
12 posts • Page 1 of 1