I'm looking for any animators with similar styles to that of Masaaki Yuasa. Not his more traditional forms... but the Yuasa of Mind Game, Kemonozume, Kick-Heart, and Ping Pong... the Yuasa who's a blend of international styles, and who isn't afraid to let his lines show... who's definitely Japanese but studied in Europe... whose figures are reminiscent of the drawings of such historical European greats as Lyonel Feininger and Egon Schiele.

Who else has such a free-form and experimental style? The beginning sequence of episode 10 of Kemonozume is very innovative. I've watched just about all of the influences Yuasa's listed, and most were enjoyable (Fantastic Planet, in particular, is a masterpiece), but there don't seem to be too many contemporary animators like him. I've found plenty of artists and illustrators who make similar characters, but hardly anyone who brings the manneristic, free-form, line-heavy figures to life (via animation). Who are some animators like Masaaki Yuasa?

Any help is greatly appreciated. Thanks

I had to look up some images and videos first because I only saw Ping Pong discussed before. The elements you're referring to are, IMO, distorted proportions, angular and sometimes multiple outlines, a rough look, and often an extreme wide angle perspective. I think I've seen all of them in a handful of short (student) films, but the only prominent names coming to mind would be Bill Plympton and Ralph Bakshi (except his "Fritz the cat").
TVP 10.0.18, Mac Pro Quadcore 3 GHz, 16 GB RAM, OS 10.11, QT 7.7.3
Top

Love them both and seen all of their films. (I'm probably the only one who loved Bakshi's LOTR. lol

I think this topic needs some broader discussion: why are some styles used more often than others? I know a distorted style can be animated much faster than a "fit the model" one, and a rough one much easier than a clean one. Nevertheless a style like this pops up only here and there, and is quite rare in any bigger production.

One reason might be because it's hard to conceive a character in this style the audience connects to. This style is the opposite of "appeal", it is perceived as "ugly" by many. (Have you seen the discussion about "Rango" and its character design?) Regarding personal taste, I couldn't connect to any character by Sylvain Chomet so far. It is top notch drawing and animation, but it didn't click for me. The girl in "The Illusionist" had no appeal at all when she appeared first, I wonder if this was done on purpose (she changes with time.

While "rough" is kind of dismissive, I would argue that a lot of Yuasa's distortions are complex stylisations. That said, I see what you're saying about it's rarity.

Somehow Yuasa's character's are easy for me to connect with, and I rarely connect with characters in more traditional Japanese anime, and hardly ever the bloopy forms of 3d characters (with the exception in recent years being Inside Out, and even that was more of a conceptual fascination than a character connection... I don't have much interest in pure 3d animation as it stands, although I'd really like to see the American studios combine it with 2d in the interesting ways that the Asians do... And speaking of 3d, I haven't seen the discussion on Rango and it's character design). While I can't remember seeing The Illusionist, I really liked The Triplets of Belleville, perhaps because of it's great narrative without a hint of dialogue, and it's unlikely heroine -- whom I did actually connect with.

Regardless, I, for one, would love to see more of these free-form, distorted animations. As an MFA graduate with hardly any formal animation training -- but a lot of prior drawing experience, and some knowledge of film history -- I need to ask: would TVPaint be a good program for me to produce shorts in this style? I've finished Elodie's tutorials that I bought along with the software (although I'll be going back to many of them), and I'm currently working my way through The Animator's Survival Kit, however I realise Richard Williams -- although a great figure from the golden age of animation -- has his own biases and tastes, some of which I already take issue with (as a relative beginner to using such media... but I have watched Persistence of Vision, which was an excellent documentary). My tastes seem to lay somewhere between Asian, European, and late 20th century American 2d animation... hence my huge admiration of Yuasa, who lists Tex Avery, a Disney movie, and numerous European and Japanese titles among his influences.

And lastly, thanks a bunch for the recommendation of Kanashimi no Belladonna, which I'll watch ASAP (and hopefully tick The Illusionist off my list too... I vaguely remember hearing about it years ago, and if I did watch it, it certainly wasn't memorable).

Now just to start experimenting and looking for the right process...
Top


Some people asked us about our special animation technique in the Ping Pong TV series.
In this short video you can see the "insides" of two scenes we worked on for the show.
Animators developed a new digital technique, in order to get slow movements, turnings and big zooms, that would have been very difficult in hand drawn animation.

Wow, I'm surprised. But it seriously couldn't have all been flash? The black-and-white intro is definitely drawn...

Do you know what programs he used for Mind Game and kemonozume? Even Kick Heart (which I could believe was Flash too)?
Top

Thanks for the recommendation, I thoroughly enjoyed that, and the drawings were really good. It'll take another viewing for me to really get a hold of the story/narrative... but all in all, I'm really glad I saw it -- a lot of interesting and experimental things going on in that film, especially for 1973. Thanks again.

BJTrakman wrote:Wow, I'm surprised. But it seriously couldn't have all been flash? The black-and-white intro is definitely drawn...

Do you know what programs he used for Mind Game and kemonozume? Even Kick Heart (which I could believe was Flash too)?

His drawing, storyboard, outline ( you said "black and white line"), coloring and tween all made with Adobe Flash from KEMONOZUME, Mind Game, Kick Heart, Ping-Pong The TV Animation, Adventure Time "＃80 Food Chain" to the present by "Science SARU" : his own studio.

Spoiler : How to "all frame drawn/coloring with Adobe Flash" textbook reference URL and other products PV :
http://kouetu.sakura.ne.jp/anime_baibl/index.html

I've watched a video of the production of Kick Heart, and there was a lot of traditional drawing involved, in both the production and the storyboarding, so to give Flash 100% of the credit is overstepping. That said, I'm surprised that he used Flash in all of his productions, as you say. There are so many watercolour, charcoal, and pencil effects, to name a few. That's why I would've been less surprised if his studio used TVP or something like it. Tweening can save some time, but good drawing is indispensable, and for him to achieve that with vector lines is an achievement in itself.
Top

Masaaki Yuasa's style is typical Studio 4C isn't it? If you look at Tekkonkinkreet you'd be hard pressed I'm sure to tell the difference between it and Mind Game. It may also be worth noting I think that those distortions and craziness stem from the original works all these features are based on by such comic writers as Taiyō Matsumoto (Tekkonkinkreet and Ping-Pong) and Robin Nishi (Mind Game).

Maybe give Shoujirou Nishimi a look? He worked on a Studio 4C (Japan) and Ankama (French) feature called Mutafukaz which looks similar to Tekkonkinkreet (which he also worked on): http://ca-tsuka.tumblr.com/post/1221595 ... ature-film" onclick="window.open(this.href);return false;

Also look at The Animatrix Beyond which is also done by Studio 4C and Koji Morimoto: http://www.catsuka.com/focuson/morimoto_koji/2" onclick="window.open(this.href);return false;

BJTrakman wrote:I've watched a video of the production of Kick Heart, and there was a lot of traditional drawing involved, in both the production and the storyboarding, so to give Flash 100% of the credit is overstepping. That said, I'm surprised that he used Flash in all of his productions, as you say.

Gentlemen, I have some written in Japanese documents about that.

Yuasa and his Spanish friends drawn all keyframe by Flash but OTHER "only background" animator painted with watercolor or chacoal pencil.

Here one of Japanim storyboard collection mook (featuring Yuasa, Oshii, Kon, Dezaki, Hosoda and etc.) : in article, he said "My drawing tools has rotation by my mind, day by day. One day I used in Flash but tomorrow may using paper and 6B pencil with water color." 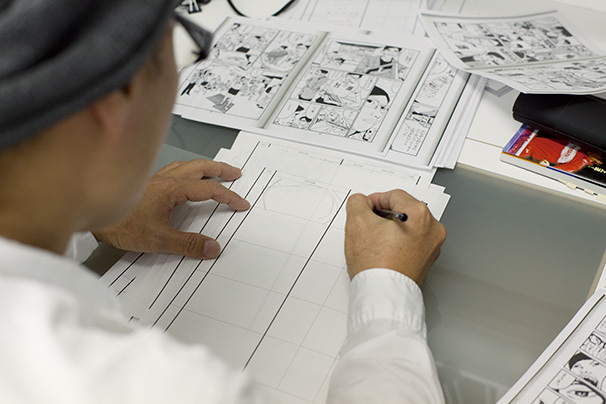 There are so many watercolour, charcoal, and pencil effects, to name a few. That's why I would've been less surprised if his studio used TVP or something like it. 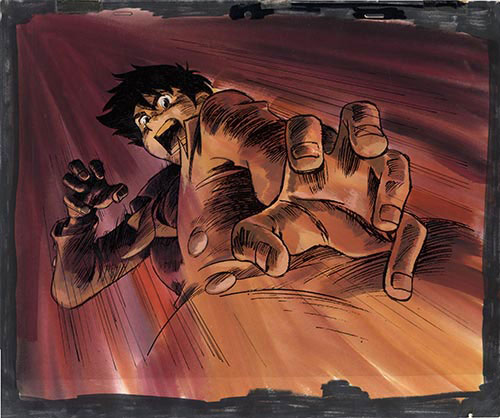 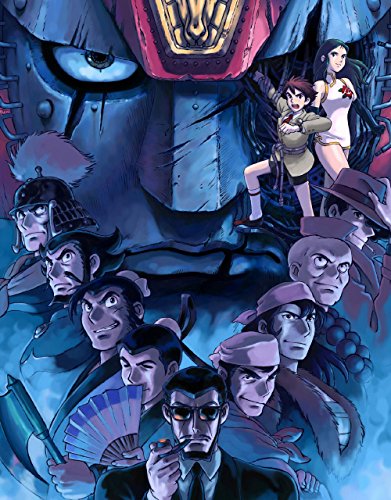 Most important thing : "believe in your own hands. Keep drawing for originality".
Top

ten_zero wrote:Most important thing : "believe in your own hands. Keep drawing for originality".